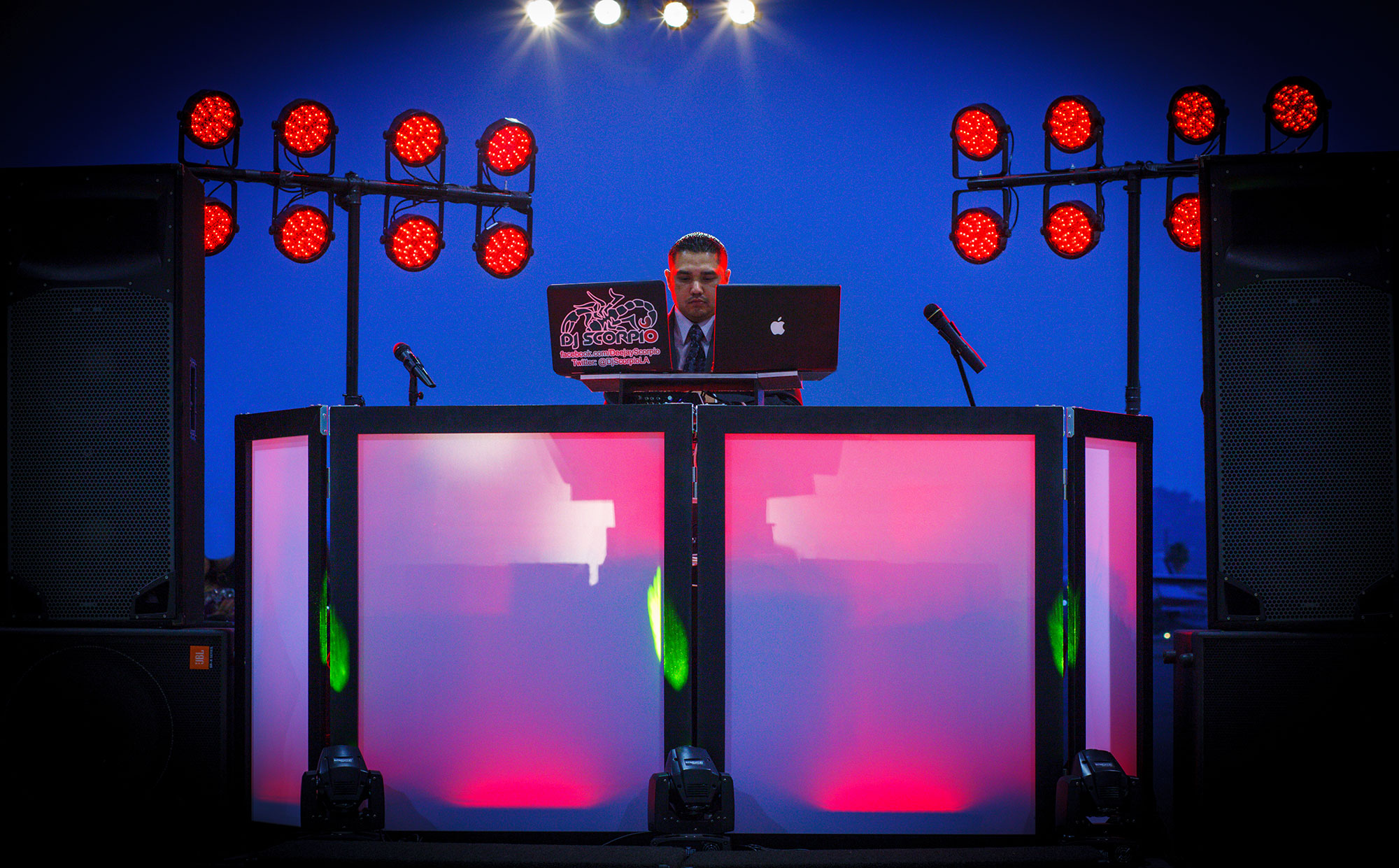 Born and raised in the sunny state of California, Dj Scorpio was fascinated with the western fusion Bollywood & Bhangra music brought to the forefront when being mixed with electronic, house and hip-hop beats in the mid 90’s. His passion for music started at the very young age of 16. He remembers accompanying his father, who was a Bollywood movie distributor, to all the Indian grocery and video stores in Southern California. Scorpio would always have the first hand preview of the new Bollywood releases before they hit the shelf. On many occasions, he would hit the music section and buy all the latest hits on audio tape. He became mesmerized by Bally Sagoo’s release of Star Megamix off the “Wham Bam!” album that he would listen to everyday. When people around him started noticing his love for music and his precise selection of music they would ask him to come out and Dj on tape decks. Scorpio reminisces about the time he would be playing one song on one tape deck and has to quickly find the next song to fade in to so the momentum wouldn’t be lost on the dance floor. He had a vast selection on tapes that people around him would dream about.

Several years passed by and this young boy who was barely out of his diapers was begging and pleading to his parents to buy him a Dj system. As we all know, most Indian parents want their children to become doctors or lawyers, but Sanjay’s parents knew that this passion would turn into something big one day. His father finally gave in and got him his first Dj system that consisted of a pair of speakers, an amplifier, a dual deck Denon CD player and a mixer. That was probably the worst decision his parents made for the neighborhood because he did a great job at keeping the neighbors up at night. Now there was only one thing left… Coming up with a stage name. Sanjay would be up many nights in bed just thinking, what should he call himself. Finally his birthday came to mind and he decided to call himself Dj Scorpio.

Scorpio took the new gear he had and learned some of the most simple skills a Dj needs to perform live like beat match, how to count beats per minute, cutting into music, etc. back then DJs didn’t have software like Scratch Live or Traktor. Now days you can download an app in your iPhone that will give you the tempo of a song. Back in the days whoever wanted to be a Dj and not get tomatoes thrown at them at an event would have to spend quality time learning and practicing to become better at the art of djing and moving a crowd.

To hire or inquire about DJ Scorpio’s services, complete the form on the right. For a quicker response text 323-402-1500 or email inquiry@djscorpio.net